Residents invited to give their views on city tree planting schemes 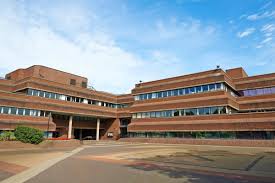 Wulfrunians are being invited to give their views on locations for thousands of new trees in the city.

City of Wolverhampton Council has identified a range of sites for planting, focussing mainly on areas where there is currently less tree cover.

Residents are now being invited to give their thoughts on the locations under a city-wide consultation.

The council secured almost £130,000 from The Woodland Trust earlier this year to plant 20,000 trees, made up of native species such as English oak, hawthorn, crab apple, silver birch and hazel.

The conservation charity invited councils to bid for funding under its Emergency Tree Fund which aims to look after existing trees as well as identify new areas for planting.

Planting will be carried out early next year and will support the council’s Tree and Woodland Strategy as well as recognising our recently declared climate emergency.

In addition, the council is asking people for their thoughts on locations for five potential new Tiny Forests.

The forests are each made up of 600 densely planted native species covering a space the size of a tennis court and will offer a place for school pupils and the wider community to explore and learn in the local area.

Wolverhampton already has one forest at Oak Street Open Space in Merridale with a second due to be planted at Moseley Road Open Space in Bilston.

The council is now working with a range of partners on proposals to develop five further Tiny Forests.

Councillor Steve Evans, cabinet member for city environment and climate change, said: “I would encourage everyone to put forward their views and ideas for the council’s tree planting schemes.

“It’s fantastic that so much planting is planned for our city, each tree brings us closer to a clear, green environment.

“People are becoming much more aware of the benefits that trees can provide. They capture carbon from the atmosphere, offer shade in hot weather, limit the risks of flooding and create a safe habitat for wildlife.

“Plus, they give us the chance to get out into nature and experience a boost to our own emotional health and wellbeing, something which has become increasingly important over the past 18 months.”

The consultation runs until December 15, 2021. Give your views at https://consultation.wolverhampton.gov.uk/planning/tree-planting-proposals-across-the-city